Hemp plants, and THC products in general, are continuing to amaze both manufacturers and consumers alike. Delta 8 THC specifically has been showing tremendous promise as a federally legal alternative to Delta-9 THC, with less side effects.

Hemp Products such as Delta-8 THC have always been seen as the “little brother” to Delta 9, and many people tend to write off the minor cannabinoid as “boof”. This could not be further from the truth, as Delta 8 is a naturally occurring compound within both cannabis and hemp, but needs to undergo a chemical process to be brought out in its purest form.

Typically, high percentage CBD isolate undergoes a chemical process with a reactant in order to create Delta 8 THC, an isomer of Delta 9 THC. Consumers of Delta 8 report feeling similar feelings to Delta 9, albeit at a lesser extent. As much as Delta 8 may have less potency in terms of psychotropic activity, that may be beneficial to those who become paranoid while using cannabis.

Because the chemical structures are so similar, consumers can expect to feel “high” when ingesting Delta 8, but a difference in their carbon double bond makes them work completely differently. Delta 8 should be seen as the “happy medium” between CBD and Delta 9. Not too much, but not too little, a “just right” high. 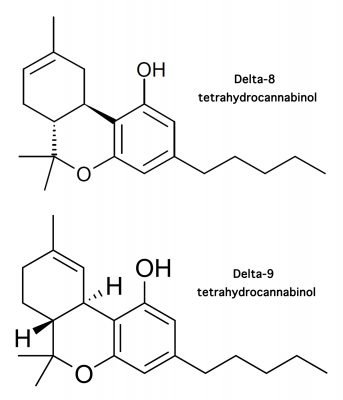 The 2018 Farm Bill made industrial hemp products containing Delta 8 legal, so long as they fall under the strict 0.3% Delta 9 limit. Delta 8 has been showing increased promise as a neuroprotectant, and has been shown to help regulate levels of acetylcholine(ACH) in the brain, which is a neurotransmitter, and an important one at that.

NOTE: These statements have not been evaluated by the Food and Drug Administration. This product is not intended to diagnose, treat, cure, or prevent any disease.

THC has an effect on the Autonomic Nervous System, as well as the peripheral nervous system. The autonomic nervous system serves the body by regulating the nerves that carry out non voluntary body functions such as heart rate, blood pressure, and sweating. Acetylcholine plays a factor with this, having muscles contract that we with our own minds could not even realize needed to do so.

The peripheral nervous system performs the function of sending impulses through ion channels in order to maintain working memory, as well as continue to increase the neuromuscular junction that all humans have working within them.

Delta 8 helps to regulate the levels of Acetylcholine, and it has been theorized that having a proper balance of this neurotransmitter can actually boost memory.

WARNING: Delta-8 THC can cause intoxication, and as such, anyone under the influence of Delta 8 THC should refrain from driving or operating heavy machinery.

Acetylcholine is not all good however, cigarette and nicotine companies specifically create their products to play into the nicotinic acetylcholine receptors, meaning that they literally attempt to infiltrate your brain, and create dependency. Companies such as JUUL have been accused of using predatory business practices, and marketing to teens while creating a product that could seriously create addicts for life.

Otto Loewi is credited with the discovery of Acetylcholine within the human brain. It obviously always existed with humans, he just became the first to discover it. His work is the basis and inspiration for many neurologists today, as his level of deep understanding, and curiosity about the brain and how it works gave many neurologists a purpose. 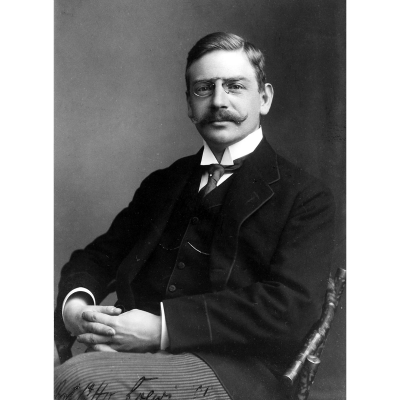 He helped pave the way for the modern study of the brain as we know it now, and was awarded a Nobel Prize in 1936 for his efforts in the scientific community.

Using Delta 8 has a number of effects, mainly positive, and they can be beneficial to one’s mind, and body. Want to read more about Delta 8, in general? Check out our blog on the Delta 8 THC high, here.