Indiana, the state famous for its southern sensibilities, dedication to basketball, and its hosting of the greatest spectacle in racing, the Indy 500. Indiana is also becoming increasingly known for its large hemp market, as well as its interest in Delta-8 products. Unlike synthetic cannabinoids that are obviously synthetically derived, Delta 8 is a natural cannabinoid that can be derived from hemp. Is Delta 8 THC legal in Indiana?

The 2018 Farm Bill legalized hemp at the federal level, and allowed for all isomers, and relatives of the hemp plant to be implemented into hemp products. Hemp products such as CBD, CBG, and CBN have been on the market for quite some time, more in line with other natural wellness products.

Delta 8 changed the hemp industry as it allowed the industry to offer a psychoactive cannabinoid, one that could easily compete with Delta 9 THC as a product. Delta 8 THC is legal however, while under federal law, Delta-9 THC is a controlled substance.

Under Indiana state law, Delta 8 THC is legal as Indiana follows the 2018 Farm Bill’s ruling that allowed for cannabinoids such as Delta 8 to be produced for the hemp market. Delta 8 is noted for its similarities to cannabis in terms of its high, while holding back on any paranoia that may come with Delta 9 THC.

As Delta 9 is still federally illegal, Delta 8 has offered a sense of relief for many that were uneasy using illicit Delta 9 products in their illegal states. So long as the product contains less than 0.3% THC, it is a legal product in the state of Indiana. Delta 8 has helped a number of people with various ailments, and offers relief to many that they might not have found with cannabis.

The hemp market boomed in the early 2010’s with CBD coming to the forefront of many wellness stores, magazines, and the industry in general. The problem with this sort of market however, is that it can become easily oversaturated, which eventually led to CBD being illegal in many states. The same is happening with Delta 8, however, many companies such as Ghost Vapors have taken it upon themselves to offer premium lab tested hemp products, at an affordable price.

NOTE: These statements have not been evaluated by the Food and Drug Administration. This product is not intended to diagnose, treat, cure, or prevent any disease.

What are the Effects of Delta 8 THC?

Cannabis users will find a happy home with Delta 8, as it offers the perfect middle ground between Delta 9 THC and CBD. Often referred to as diet weed, or weed lite by the press, Delta 8 is primarily called this due to its difference in psychoactive effects to Delta 9.

Delta 8 is regarded as 66% as potent as Delta 9 when compared as compounds, alone. One could even argue that there are Delta 8 products that are as good, if not better than mid grade, or low grade cannabis products. 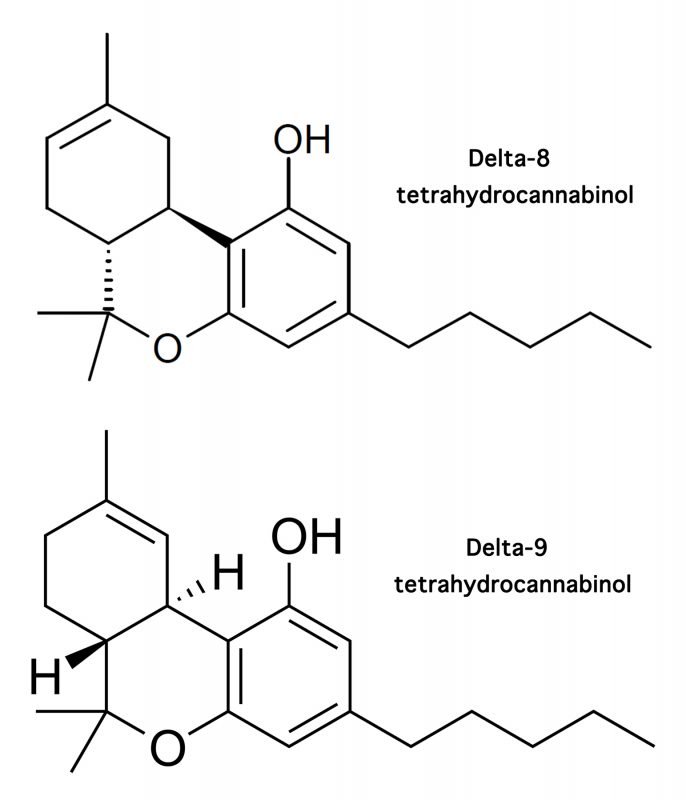 Delta 8 is noted for its anti-anxiety benefits, as it has shown to be very similar to SSRIs for many that have struggled with clinically diagnosed anxiety. It acts upon the CB1 and CB2 receptors, and while Delta 9 looks to aggravate the CB1 receptor as much as possible, Delta 8 has a much more gentle, smooth approach when acting within the endocannabinoid system.

Delta 8 has also been shown to have anti nausea benefits, finding a home medically for helping to treat ailments such as Crohn’s Disease, and IBS. It leaves the stomach much calmer, and also increases hunger immensely. If there is one thing for sure, the munchies while using Delta 8 are something serious!

Delta 8 has also shown to help those struggling with insomnia, as well as providing general relief of pain for many. Delta 8 has helped me immensely personally with this issue, and Delta 8 has anecdotal evidence showing this to be the case as well.

Delta 8 offers a different experience from its Delta 9 counterpart, some might even say better. The bigger difference however is that Delta 8 THC is legal in the state of Indiana, while Delta 9 is still illegal at the federal level.